Like most parents of young children, Yanjun Wei, 37, tries to rest when her children sleep, and she sets rules about playtime and television.
In the past few weeks, Wei has added one more goal: “To keep myself sane.”
Wei is about halfway through a 14-day mandatory federal quarantine at Travis Air Force Base in California, after being evacuated from Wuhan, China, the epicenter of the new coronavirus outbreak. As of Feb. 13, COVID-19, the newly announced name for the disease this coronavirus causes, has sickened more than 60,000 people in 25 countries and killed at least 1,300, the World Health Organization says.

Wei is staying alone with her children, 1-year-old Mia and 3-year-old Rowan, in her room at the Westwind Inn, a hotel on the Air Force base, along with other evacuees. They had been visiting her parents in Wuhan when the outbreak got severe.
As long as they remain free of the virus, they are due to be released Tuesday.
‘Lucky That We Were Sent Here’
Her husband, Ken Burnett, had been with his family in China, but left early to return to San Diego. After he left, Wei and the kids got caught in Wuhan as the government began to stop all transportation. Ken had to enlist a U.S. senator and the U.S. Embassy to get them out.

They are trying to make people feel comfortable as much as possible.
Yanjun Wei

Caring for two young children solo is difficult under the best of circumstances, but as a single parent under quarantine, Wei remains mostly upbeat. “We are lucky that we were sent here,” she says. “It’s a good hotel. I heard that the accommodations for the people sent to San Diego [Miramar, the other California base accepting evacuees] are not as nice as here.”
The room is a standard hotel room, she says, with a microwave and a refrigerator. “They are trying to make people feel comfortable as much as possible. I really appreciate everything they are doing for us. It’s beyond my expectations.”
A staff person calls often to check in and see what’s needed. “It’s almost like when you are checking into a very luxurious hotel, you know, they have like a butler service.”
Just that morning, the staff person delivered a special Gerber baby food Wei had asked for. And she had replenished diaper rash cream, apologizing that it was not the brand Wei had requested.
A staff person also watches the kids so she can take showers.
Not Quite Home
CDC officials have said they are trying to make life in quarantine as comfortable as possible. The evacuees are not restricted to their rooms but are requested to keep a ”social” distance of about 6 feet from other families; children should not share toys.
“We can walk around the hotel,” Wei says. ”They have fencing outside. I try to take them out for a short walk. They’ve organized some activities for people, but I choose not to take them there.”
Wei cites two reasons: “Right now I don’t have that energy to deal with the extra [effort],” she says. “I know my son. If I take him out, and he played with the other kids, he is going to throw a big-time tantrum [when he has to go back to the room].”

I have been paranoid, but I know if I am being rational I shouldn’t be.
Yanjun Wei

There’s also the challenge of keeping face masks on young children. “I tried, no luck,” says Wei, who keeps her own mask on when she leaves the room. So it’s better, she thinks, to let them play with each other and for her to keep them entertained. A former preschool teacher, she’s well aware of the germs exchanged among young children. “You know how schools and day care are like a factory for germs,” she says.
Each day is similar, says Wei, describing the routine as ”food, sleep, and clean up.” The children’s body clocks are still not reset from China, and they often wake up in the middle off the night. “We play a little bit until breakfast time. Then we go get breakfast.”
Meals are set up near the elevators, she says, and she chooses to bring food back to the room.
Every afternoon, she puts them down for a nap, continuing to try to reset their body clocks. “I let them take a long nap, 3 hours at least, but I don’t let them go over 4. Then I change her diaper, give them milk, and it should be about time to get dinner. I turn on the TV for my older one, but he doesn’t just stay there and watch TV.”
As of two days ago, none has shown any symptoms. Does she worry? “I have been paranoid, but I know if I am being rational I shouldn’t be,” she says. “My last day outside was Jan. 19 (back in Wuhan). The kids started staying inside before then. They are healthy.”
She credits her practice of Buddhism with helping her stay calm for herself and for them.
“We can deal with a few more days.”
From San Diego to Shanghai to Wuhan to Travis
Wei, her husband, and the kids flew from San Diego to Shanghai in early November. The plan was for Burnett to fly back to the U.S. to work while his family went on to Wuhan, where Wei’s parents live, for an extended visit.
Wei and the children planned to stay for the Lunar New Year on Jan. 25, but the plan fell apart days before as the coronavirus cases climbed. The effort to get home was stressful. Her husband thought he had the trip home arranged twice, but the flights were canceled. He reached out to media and to U.S. Sen. Kamala Harris for help, and they finally got word that Wei and the children would be evacuated.
Things continued to be tough. The wait at the airport in Wuhan was 12 hours, Wei says. Once on the plane, they sat for another 3 hours. “The flight was 14 hours.” She restricted her fluids so she wouldn’t have to leave her kids unattended. “I only went to the bathroom once during that 17 hours,” she says. They got back to the U.S. on Feb. 5.
Emotions Set In
As calm as Wei is trying to stay, she talks about her parents, back in Wuhan and unable to get out, and starts to break down. Her parents have been staying home, she says, and ”my mom is just praying.”
She left Wuhan at age 17, she says, to see the world — first Singapore for school, then Switzerland for college, Atlanta for an internship, back to China, then to Canada, where she met Burnett. “I left China when I was young,” she says. “I couldn’t fit in anymore.”
But she can’t stop thinking about her parents and all the others affected by the outbreak. “All those people in Wuhan, those innocent people,” she says, her voice breaking. “The destruction doesn’t stop at 900 [the death toll at the time she was speaking]; there are 900 families.”
Wei and the children will be released Tuesday. Burnett will fly to the nearby Sacramento International Airport, and the family will fly home together from there. (Transportation from the base to San Diego isn’t covered, Burnett says. And the flight home from China was $1,000 per person, including Mia on Wei’s lap.)
Once home, a long shower is on the top of Wei’s wish list. “Then I am hoping to go for a facial,” she says. “Ever since I was younger, I’m talking about from age 18, I started skin care. Now I just wash my face every other day if I get lucky.”
Burnett shipped off some toys for the kids during the quarantine, but Wei says they aren’t there yet. Meanwhile, he is waiting for Tuesday. “She is genuine and compassionate and has enthusiasm for simple things,” he says of his wife. “Our personalities are different, but we laugh together a lot. Those are all the reasons why she is my wife.”
Kathleen Doheny is a Los Angeles-based journalist specializing in health, fitness, and behavior topics.

U.S. flies 338 Americans home from cruise ship, including 14 with coronavirus 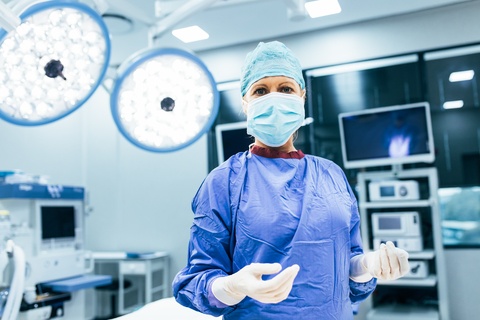